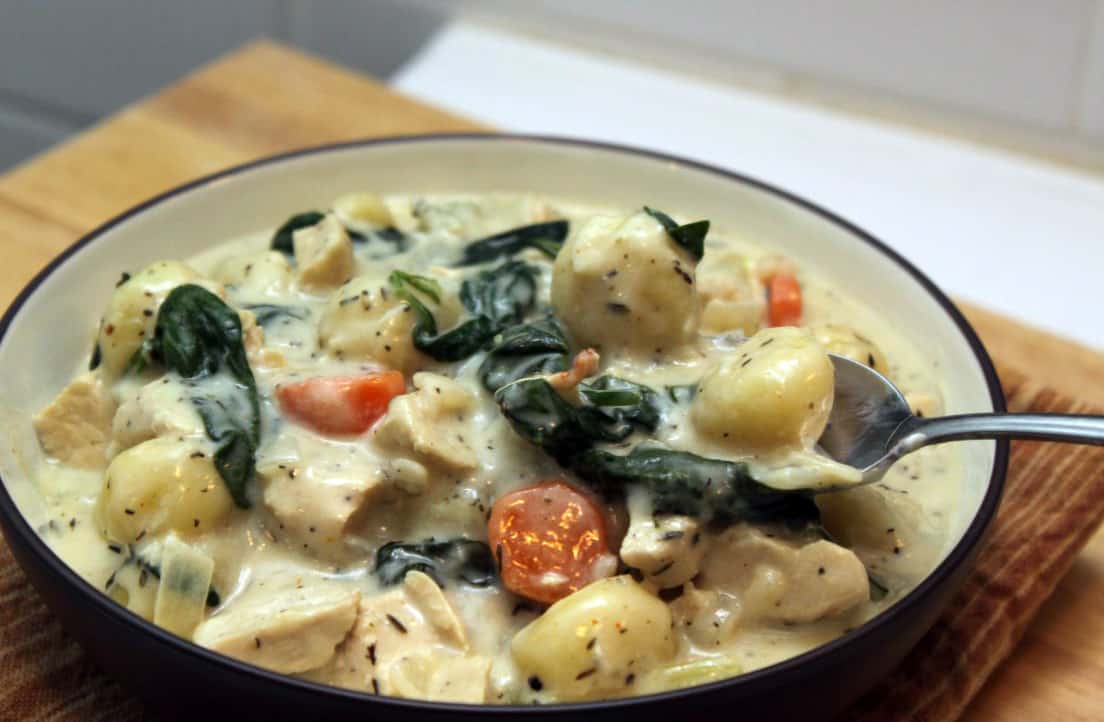 We’re expecting rain in LA tomorrow. While it won’t be enough to put a dent in our drought, I’m still looking forward to snuggling up inside with a warm cup of hearty soup like this creamy chicken gnocchi soup.

I found the recipe on Mel’s Kitchen Cafe and it was as delicious as her pictures made it look. While hers called for fat-free half-and-half, I’ve never been able to find it in stores, and adjusted the liquids to accommodate full-fat half-and-half without bumping up the calories too much. Super thick and creamy, this is a very filling meal for under 400 calories. 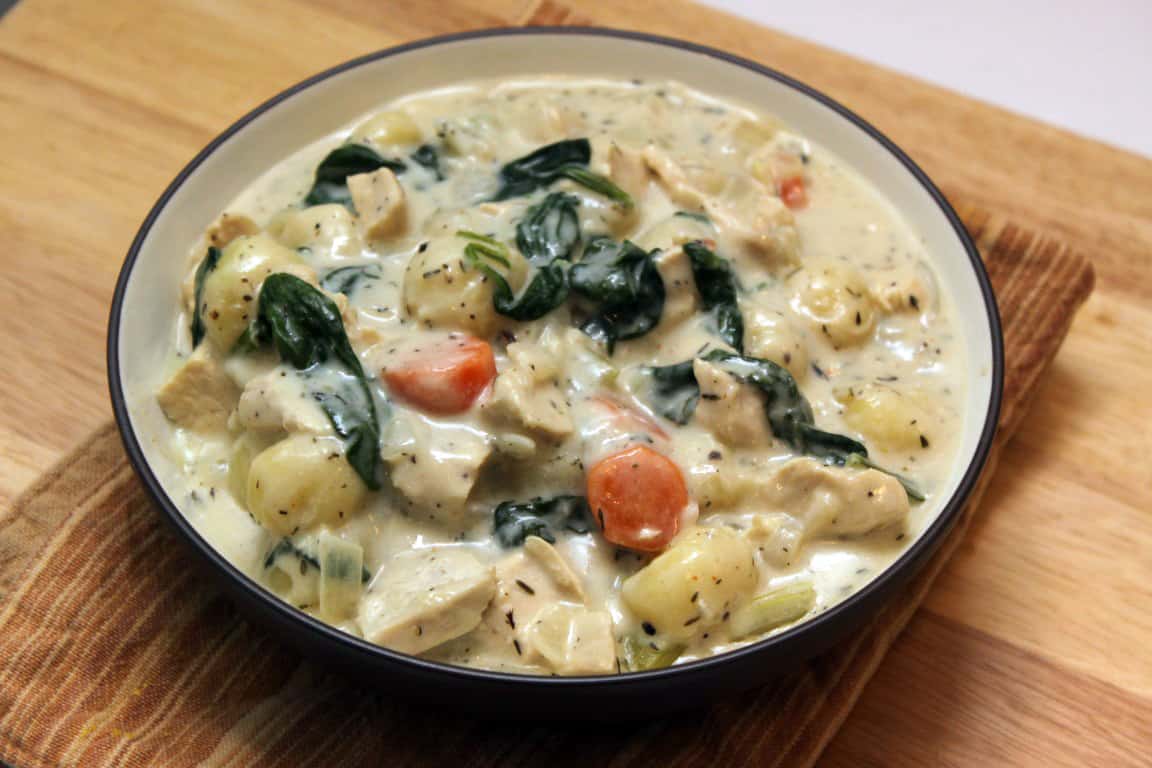 Heat the olive oil in a large pot or dutch oven over medium heat. Add the onion and carrots and cook, stirring, until the onion is translucent and the carrot crisp-tender, about 5 minutes. Add the thyme and garlic and cook another minute, until fragrant.

Add the flour and cook, stirring constantly, about 2 minute. Slowly stir in the milk, chicken broth, and half and half. Bring the mixture to a boil and continue to cook, stirring, until thickened, about 5 minutes.

Reduce heat to medium-low Stir in the gnocchi and simmer over medium-low heat for 3-4 minutes, stirring occasionally. The soup should thicken up quite a bit while the gnocchi is cooking. Stir in the chicken and spinach and cook for 1-2 minutes until heated through. Season with salt and pepper to taste and serve.