Once a week, usually Tuesday, we have “Fish and Veggie” night – usually just a simple baked salmon with steamed or blanched vegetables on the side. It’s Brad’s favorite dinner of the week and I love it because most of our fish and veggie recipes take under 15 minutes from grocery bag to plate.

Sometimes I miss the chance to do something a little fancier, however, so I recently kicked it up with this sesame-crusted seared Ahi. It still took under 15 minutes – including the time to whip up a delicious Asian Cucumber Salad – but was a nice break in the salmon-green-bean routine.

I had some leftover crème fraîche from the salmon rillettes so mixed in a little wasabi to make a sauce for Brad.  He gave it his seal of approval.  I’m not a wasabi fan and stuck with soy sauce which was also great.

This recipe is gluten-free, paleo-friendly, and heart healthy. Serve it with an Asian Cucumber Salad, Spicy Garlic Snow Peas, or Sauteed Baby Bok Choy for a fast and easy meal under 300 calories. 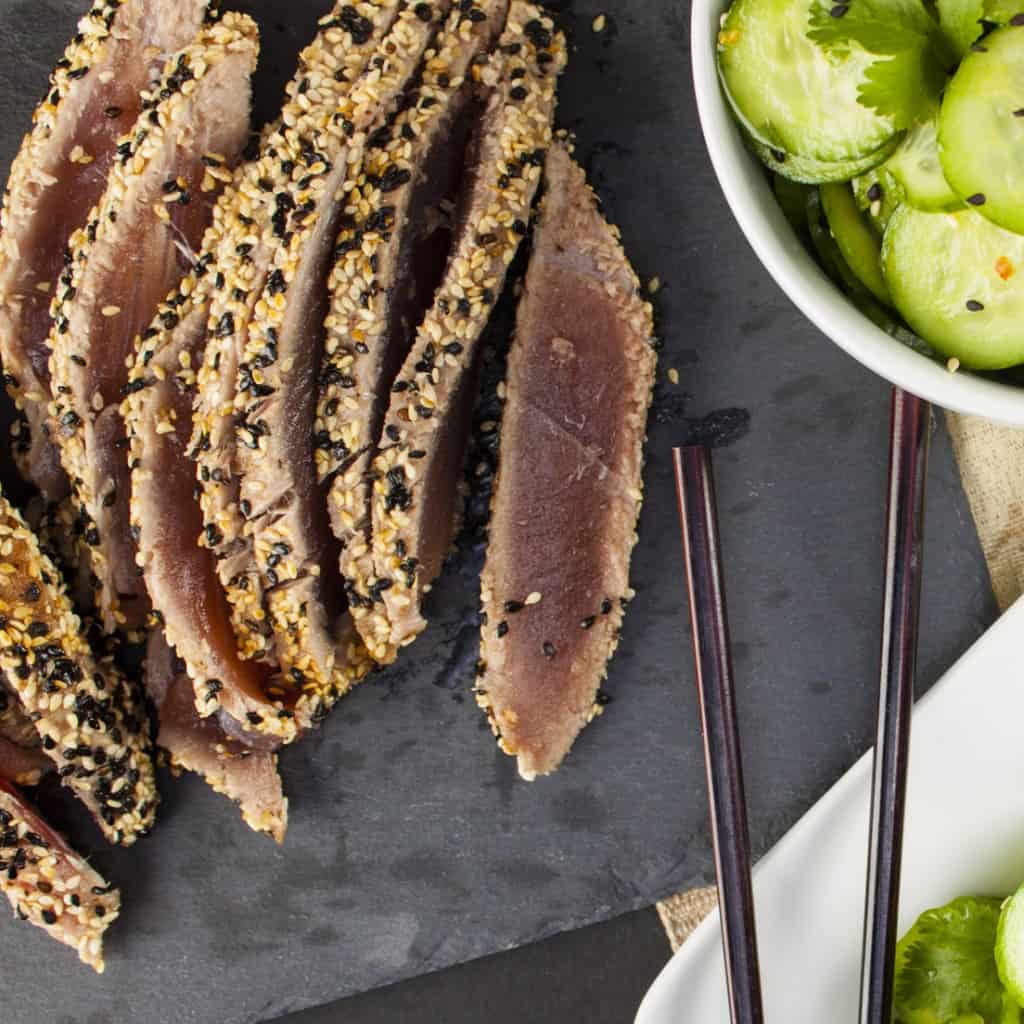 Let ahi sit out until room temperature. Dry with paper towels and season all sides with salt and pepper.

Pour sesame seeds into a plate and press each side of the ahi steaks into the seeds until coated.

Heat a heavy-bottomed skillet over high heat. Turn on range hood as oil will smoke heavily. When hot, add oil.

Cook ahi about 30 seconds to 1 minute per side.

Meanwhile, combine wasabi and crème fraîche in a small bowl.

Serve tuna with wasabi crème fraîche on the side.